Vitaly Gubarenko and Stefan Turchak: Stellar times of the creative community of the composer and interpreter-conductor

The relevance of the article is the need to revise, from a modern angle, the important stages of development of the Ukrainian musical culture of the Soviet period, when the ideological pressure eased for a while, the new creative generation entered and asserted its ideals.

Main objectives of the article is to highlight the early stage of the formation of Vitaly Gubarenko’s creativity and to reveal the role of the composer’s fellowship with the talented young conductor of the same generation, Stefan Turchak.

The methodology involves the use of source study and biographical methods related to reference to archival sources and the introduction of new facts and documentary evidence into scientific use, as well as the historical method of researching interaction in the context of the time of cultural policy, musical creativity and performance.

Results and conclusions. The study showed the stimulating role of the “thaw” period on musical-historical processes in Ukraine, which were characterized by the repertoire renewal of philharmonic programs and playbills. The formation of a new generation of Ukrainian musicians, their successful creative implementation was promoted by government orders for new compositions, the assignment of young musicians to senior positions, the touring activities of creative teams, the promotion of Ukrainian music achievements outside the country. Based on the documentary sources, the conclusion is that the staging of the first opera by V. Gubarenko “The Squadron's Death”, directed by Stephan Turchak, became the high-profile cultural event of Ukraine’s musical and theatrical life and a crucial stage in the creative biography of both musicians. The influence on the further fate of the composer and conductor and on the termination of their fruitful cooperation of changes in the political climate in the country in the midseventies was emphasized. 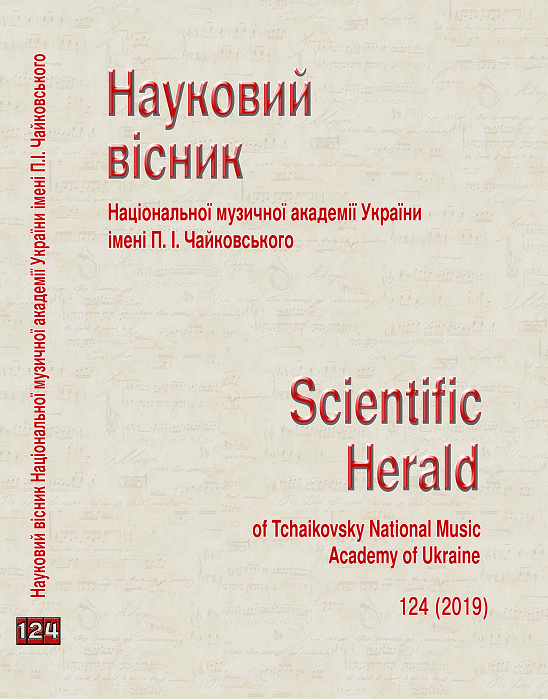